Late again. SMH. When will I learn? Anyways, I’m breaking this weeks post down by subject instead of days of the week. Hope ya’ll like it that way.

The first major event of week 4 was my Module Recognition Waiver getting approved. Although I had applied to skip all five of the introductory classes, I wasn’t really planning to skip them all. I had done this as insurance in case the classes I really didn’t want to take did not get approved. Well, I am happy to say that everything went exactly as planned! I have officially been approved to skip Foundations of Finance, Statistics and Econometrics (thank God), and Financial Products and Modeling. This leaves me with Macro Economics and Financial Statements and Analysis (aka accounting). I really wanted to stay in these two classes because they are topics that I really enjoy and also because they are basically the only two classes with teachers I would consider to be engaging.

The other major event of the week was that I applied for a new apartment. If I had written this post on Sunday like I should have, I would have told you that I didn’t know the results yet but I just got the email today (Tuesday) that I was not chosen. I’m really bummed because I was such a perfect place for me but at the same time, the only way I can get out of my current contract is to find a subleter which will be getting exponentially more difficult every day that passes. At this point, I’m not sure that I will be able to find anyone so I am getting a little wary of putting in any more applications. I suppose I’ll still keep my eye’s out though, just in case.

Just in case I haven’t posted it here on my blog (it’s honestly so hard at this point to remember who I’ve told and on what social media I have posted my stories) I’ll give you a quick rundown on why I would like to move. Basically, since orientation week my flat has been having issues with electricity. The first time around, we realized that it was a burner on our stove that was bad and tripping the breaker whenever someone turned it on. The repairman cut the wire and now we’re down a burner on the stove. No big deal, we have 3 more. Give it a week and it starts happening again. We figure out that another burner cannot be turned past 4 before tripping the breaker and all the others cannot be turned past 8. Basically now we only have 2 burners on our stove and boiling water takes forever without having maximum heat. Also note worthy is that even though we have these ground rules set, sometimes it still is tripped even though a “good” burner is only set to 4. Power outages are basically a regular occurrence.

About the same time that we figured out the other burners are bad, the door to one of the fridges breaks (of course it’s my fridge). We have to push a big chair in front of it to keep the things inside from spoiling. I’m furious at the state of the apartment at this point and schedule an appointment to meet with the manager that day. I meet with him and explain everything, he apologizes profusely and says that everything will be fixed today or tomorrow depending on the repairman’s schedule. I walked away happy as a clam but of course the two days passed and nothing was fixed. To this day (maybe a week and a half later) only the fridge door got fixed and that took a whole week to happen.

Aside from everything being broken, absolutely everything has been washed multiple times since moving in and the dorm is still filthy. There’s literally a decade’s worth of dirt, grease and grim on the kitchen floor and everything else is not much better. The school hires cleaning ladies to mop, clean the bathrooms, etc and they don’t do squat. It’s a cheep housing option for Frankfurt but honestly, flats in this condition run at least a hundred euro cheeper than what I’m paying. The cherry on top of the whole situation is that it seems that our flat is the only one that is having any of these problems. It seems I got the short end of the stick and placed into the shittiest of all the apartments. So, yes. I would love to move but like I said, I don’t know if I can.

I had two advising appointments this week. My first was supposed to be with the PhD director at the Frankfurt School but she had a last minute presentation to prepare for so I ended up speaking with the student advisor. It was a little helpful but I still have so much to ask so I’ll have to make another appointment. I also had an appointment with Career Services. This was also marginally helpful in terms of advice but my CV critique was extremely helpful and will be quite the project to work on the next couple of days.

This week we also had our group speaker meeting. Anyone who knows me even a little knows that I truly enjoys leadership and it’s subsequent responsibilities. At our group meetings, it is the group speakers job to gather the opinions of our group and relay them on to the managers with the power to make changes or relay our request further up the ladder. While I don’t think that we got too much accomplished at our meeting (many of the requests our group made were nonnegotiable to the school and so a lot of time was wasted talking about that), I do think that our subsequent meetings will be very productive and informative.

Finally on Saturday I went to to visit the Frankfurt Animal Shelter, and I am so glad that I did. I am one of those people that has to have an animal around to maintain some sense of sanity. Being able to help brighten the day of some animals or make the lives easier of those who regularly take care of them while getting my furry fix is the best of both worlds. While I met many animal with many amazing stories, what really stood out to me was how big the facilities were. Frankfurt, although a city, is not a particularly big one. If this is the size of a shelter for a small city, I cannot imagine the capacity necessary for a large city. Anyway, I will be returning next Saturday and perhaps more than just once a week in the future as well.

That’s it for week 4. Week 5 has already been very eventful so keep your eyes peeled for it next Sunday! 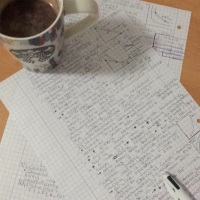 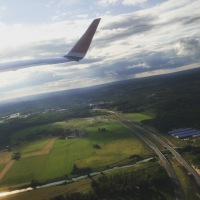 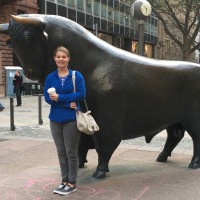 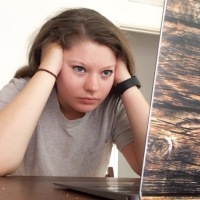 Took my grandma to a kangaroo farm and petting zoo. Don’t tell the others but Elsa the albino Wallaby was my favorite. ☺️
He’s bacckkkkk. ☺️ And drives like a dream. 🥰
Second times the charm. Gonna pick the van up (again). Fingers crossed this time. 🤞🏼Got lots of projects to do before I hit the road again.
you’re getting 𝓈𝓁𝑒𝑒𝓅𝓎
Winnie love 🥰 #imissmyvan
matchy matchy 🤗
My Tweets
Loading Comments...
%d bloggers like this: