It was a crisp, cool Thursday afternoon back in March. News of a mysterious new virus was spreading across the country and I receive a notification from my company that tomorrow will be a mandatory work from home day in order to test our company’s ability to work remote should this whole COVID thing get out of hand.

This was not exactly a new thing to me or my team; up until then we almost all chose to take advantage of our voluntary work from home days on Tuesday and Thursday. But for the rest of the company, this was by far not the norm. Many in our company had never worked remote – many only had desktop computers and our customer support department had been casually upgrading to a virtual call center. I took my laptop home just as I would if it were a normal Tuesday or Thursday, but I was already all but mentally checked out for the coming weekend and what projects it might hold.

Now what? I didn’t even take all of my work equipment home because I thought it was only a test. Not to mention the 50+ plants currently living on or around my desk at work that needed watered. Would I be allowed in to collect my things? Would I be allowed in once a week or so to water my plants?

A few days later I find myself in an empty corporate office. Not a soul is there as I’m packing up my office things and trying to think of what I might need depending on how long this whole work from home thing lasts. I water the plants and hope I can figure out a game plan for them. After all, they are all my little green babies (not to mention some of them were $$$).

A few more days pass and the reality of the situation hits me. I’m alone. In a van. With no place to shower. As more and more businesses close or restrict their hours or move to online order only. I panic.

After many discussions with some friends, my parents and my boss. We all decide it would be best for me to go back to my parents’ house in Washington to wait out COVID. I make a joke to my boss that I might actually go crazy if I’m alone in my van until September and he laughs it off saying, “there’s no way this will last that long.”

The only problem is, do I drive my fuel efficient and reliable Honda Civic and risk my van and home to the elements, mice, and in some dystopian possibility of a future, looters? Or do I leave my brand new Civic to the same fate and take a chance that my new-to-me van doesn’t break down on it’s first major voyage. I decide to take the van. After all, if I break down, at least I’m already home, right?

The drive from Utah to Washington is surreal. My van has a toilet but it’s a bit much to put up my privacy screens in all the windows to use it in a parking lot somewhere, so I hold it until I stop at McDonalds for lunch. The lobby is closed so I run over to Taco Bell only to find the same story. I dash across the street where, thankfully an old-fashioned Subway without the modern convenience of a drive-through still has its lobby open and bathroom unlocked. I didn’t make that mistake again.

Months go by at my parents and I’ve managed to make their old, cluttered desk into a pretty nice home office. Never mind its right in the middle of the living room where my partially def dad wants to play his video games and watch the news. Never mind that the background is busy and contains a plethora of high school photos of me, while the front faces a dark, impossible to light corner making the new normal of video calls embarrassingly impossible. Turns out, I’m actually pretty glad I set the precedent that I don’t turn my camera on for video calls. It let me take many an early morning call from bed on my work phone.

More months go by and there is finally some light to the situation – literally. The sun finally shows itself on their gloomy corner of western Washington. At last, I could work on some projects with the van. Heck, I might even go camping. Except, my parents are an hour away from a home improvement store and only go into town once a week drawing out each of my projects into an endless string of, “Dang it! I thought I got the right part but turns out it doesn’t work and now everything is on hold again for another week.” And I quickly find out that every camping spot in a 2 hour radius of my parents’ house is booked until Labor day (when they stop taking reservations). Oh well, there’s free land somewhere right? We’ll I found what I thought would be a nice spot but the weekend I was thinking about going, it went up in flames. Literally. Forest fire.

At this point, I realize I’m not making any headway on my projects and my parents actually live really close to one of the most respected and reputed Eurovan shops in the country. I call and make an appointment for them to take a look at EVERYTHING so that I can get a better understanding of what my van is capable of.

Well, it turns out that the van was in really good shape. But really good shape on a 20 year old van was still nearly $10k in repairs to get her back in tip-top shape. The grey water tank had rusted out, the ball joints and boots were totally shot, the ABS system was rusted, I needed a new set of shocks, and a full service to pretty much everything. New spark plugs, new hoses, new, new, new… I went to pick it up and expected the engine to be sparkling with all the new parts but alas, it looked the same as ever.

“The only thing left to go wrong is the transmission,” said the mechanic.

I drove back to my parents’ house, a full 8 months from the day I arrived knowing that it was time to pack up and head south. The mountains had been crowned with their first snow and there were several mountain passes between me and warm weather that I just didn’t want to risk getting stuck on.

It took an entire day plus the next morning to pack the van. By some miracle, the day I spent packing was the only day it didn’t rain that week. The day after when I actually left was another story. It poured rain until I made it up into the mountains enough for the rain to turn to snow. But slowly the snow gave way to sun as I crossed to the eastern half of the state. Ahhh sun. How I missed you.

You see, I was born and raised in Eastern Washington and it definitely feels like home even though I really don’t feel like I actually have a home anymore. So when I started my long drive that mostly follows the Columbia river and the wind started screaming and trying to push my not-so-aerodynamic van off the road, I could only smile and laugh. Welcome home.

The drive up to my parents was a mad dash to make it before the work week started. The drive back was much more leisurely. I got a taste of working from the van; if only from rest areas and Walmart parking lots. I quickly found out that my drain was kinked or clogged (or something) so I didn’t have a sink that drained. And my refrigerator was more pain than it was worth to run off of my car battery since turning the engine on and off causes an insane amount of condensation that drowned everything and made a huge mess. So it was not an ideal situation, but it worked out just fine.

I’m writing this from Utah, as I’m about to take off for my next great adventure. I don’t know where I’m going – only that it will be warmer than here – and I don’t know for how long. My boss has officially signed off on me traveling in the van while working; at least through COVID. And we all can see that that is not going away any time soon.

Between arriving and leaving Utah has been a mad scramble to get the van ready for full-time off-grid living, but that will be for another post. Until then, know that I’m tired and anxious and don’t know what the future holds. But I do know that I’ve taken a certain amount of it into my hands, at least for the time being, and I’m going to be living my life the way I want to from now on.

One thought on “A COVID Saga” 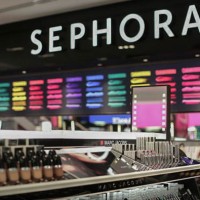 🌴🌴
desert pics
missed this 😍
Could someone please get Happier than Ever out of my head? Thanks. ☺️
brunch date with my mommy ☺️
evening stroll
My Tweets
Loading Comments...
%d bloggers like this: